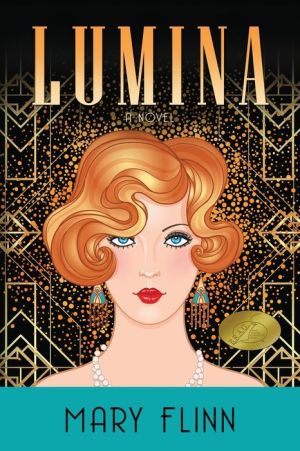 It was, after all, eight oclock. We were perfect for four more hours. In the summer of 1928, Lumina, known as the Palace of Light, is only reachable from Wilmington, North Carolina by trolley car or boat, where it occupies the entire southern tip of Wrightsville Beach. The grandest beach pavilion on the East Coast creates the backdrop for this fictional tale of young people from all walks of life falling in lovenot only with each other but with Lumina itself, where everything is magic from eight until midnight on Saturday nights. LUMINA is a story about change. Change in attitudes in a decadent timeof the flappers, the new jazz, National Prohibition, the invisible black population, and modern conveniencesbut its also a love story. Lit by over 6,000 lights, Lumina creates a magical backdrop for romance. The story is told in alternating letters from twenty-year-old Kip Meeks and from diary entries of his naïve sister, seventeen-year-old Sylvie, who both unexpectedly meet and fall in love with people at Lumina whom they wouldnt otherwise encounter. For Kip its Catherine Carmichael, an heiress with a secret, and for young Sylvie, its Catherines older brother, the mysterious Clifton. Kip and Sylvie quickly learn that people arent always who they appear to be. Fast forward ninety years to summer 2018. While going through her late mother Sylvies possessions, Anne Borden Montgomery (known from the pages of Flinns A Girl Like That) discovers an unpublished manuscript, a novel, compiled from her mothers diary and her uncles letters. AB shares the story on her own front porch with her eager friends, Mr. May, Elle, and Nate, who take turns reading the story aloud, finding interesting parallels in their own lives while becoming acquainted with new old friends.